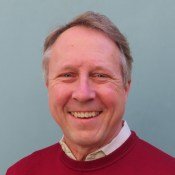 Columnar databases store and retrieve columns of data rather than rows of data. Each block of data in a columnar database stores up to 3 times as many records as row-based storage. This means you can read data with a third of the power needed in row-based data, among other advantages.

The company Altinity is the leading enterprise provider for ClickHouse – an open-source column-store analytic database, now a fully managed service developed and operated with Altinity.Cloud. Altinity only bills for the compute, storage, and support that is used. They provide enterprise support for analytic applications like tuning queries, Kafka support, and ClickHouse bugs, and their ClickHouse clusters run with out-of-the-box security and privacy.

In this episode we talk with Robert Hodges, CEO at Altinity. Before becoming CEO at Altinity, Robert worked as a Senior Staff Engineer at VMWare and was the CEO of Continuent before that. We discuss databases and data warehousing, ClickHouse, and how Altinity helps customers create enterprise analytic applications.

Transcript provided by We Edit Podcasts. Software Engineering Daily listeners can go to weeditpodcasts.com to get 15% off the first three months of audio editing and transcription services with code: SED. Thanks to We Edit Podcasts for partnering with SE Daily. Please click here to view this show’s transcript.

Aurora is an Ethereum Layer-2 built on top of NEAR Protocol. Aurora delivers 1000x lower transaction fees compared to Ethereum and sub-two-second transaction finalization. Aurora is fully interoperable with Ethereum, with ETH used as a base token and all existing Ethereum tools usable out of the box. Aurora includes the trustless Rainbow bridge, allowing for bidirectional transfers of any information from Ethereum, including ERC-20s. To learn more about Aurora, please visit softwareengineeringdaily.com/aurora