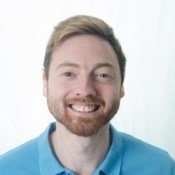 Proof of Work cryptocurrency mining, as used on the Ethereum and Bitcoin blockchains, requires huge amounts of energy to validate transactions and generate new tokens. The alternative, Proof of Stake, needs large deposits of assets to be staked up front in order to work. While both consensus protocols have their own drawbacks, they are the current industry standards.

The company Spacemesh developed a new consensus protocol with the goal of powering an energy-efficient, decentralized, secure, and scalable smart contracts global computer and a cryptocurrency in the permissionless settings. They call their protocol Proof of Space Time which works on a blockmesh structure rather than a blockchain. The Spacemesh protocol allows newcomers to contribute to the security of the cryptocurrency network via unused storage space on their hard drives, driving down energy consumption and enabling anyone with a computer to contribute.

In this episode we talk to Anton Learner, Core Team Lead at Spacemesh.

Transcript provided by We Edit Podcasts. Software Engineering Daily listeners can go to weeditpodcasts.com to get 15% off the first three months of audio editing and transcription services with code: SED. Thanks to We Edit Podcasts for partnering with SE Daily. Please click here to view this show’s transcript.

WorkOS is a developer platform to make your app enterprise-ready. With a few simple APIs, you can immediately add common enterprise features like Single Sign-On, SAML, SCIM user provisioning, and more. Developers will find beautiful docs and SDKs that make integration a breeze. WorkOS is kind of like “Stripe for enterprise features.” WorkOS powers apps like Webflow, Hopin, Vercel, and more than 100 others. The platform is rock solid, fully SOC-2 compliant, and ready for even the largest enterprise environments. So what are you waiting for? Integrate